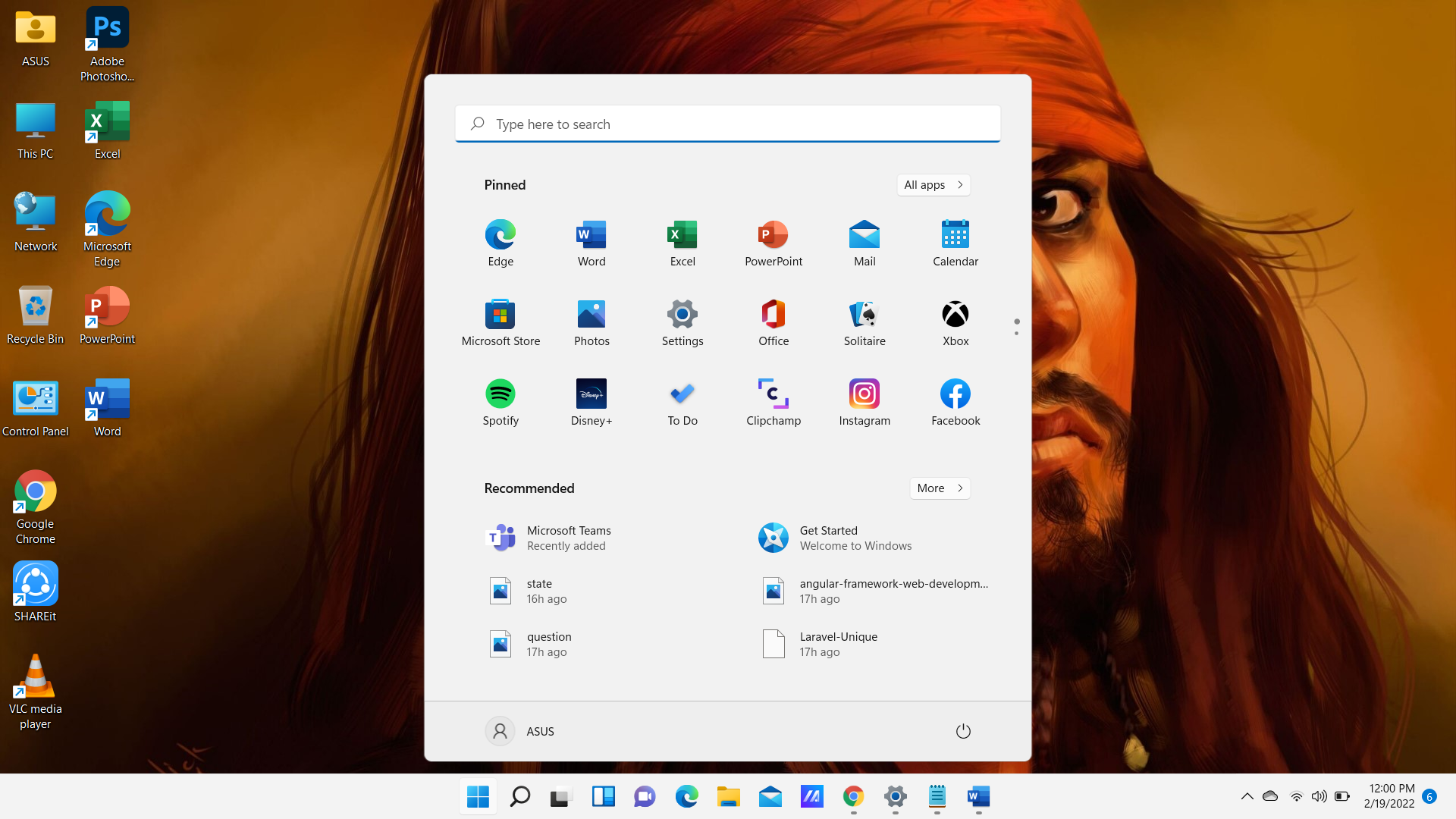 First update of Windows 11, know what are the new features

Microsoft will push the new features to your PC via Windows Update, the Microsoft Store, and new “experience packs” that will download quietly in the background and facilitate changes to the Windows 11 operating system. Updates to the Store will push new versions of Notepad and Windows Media Player, which will replace the older Groove Music app. Several years ago, Microsoft pulled the plug on the Groove music service. In fact, clicking on “Groove Music” within your app drawer should redirect you to the new Media Player app.

Here’s what’s new within the new Windows experiences for February 2022:

The “update” may be delivered in chunks, so that certain portions of it may arrive earlier than others. For example, the updated Media Player and Notepad arrived almost immediately via the Microsoft Store on my PC, but the new updates to Windows 11 via Windows Update weren’t available when clicking “check for updates” within the Settings menu.

Technically, it’s not even fair to call the new release a Windows 11 February 2022 Update, although that may be what it will be known as. In a blog post, Microsoft chief product officer Panos Panay called the updates “new experiences in Windows 11” and not a formal update. The plan of record is to issue Windows 11 22H2 or whatever it ends up being called this fall.

Here’s what you need to know about the new features.

As with virtually all of Microsoft’s new features, the new experiences arrived early within the Windows Insider preview program. We have a detailed story describing how to install Android apps on your PC via the Amazon Appstore and would expect that it will be the same under the new experiences as well.

Essentially, it’s a one-step process. All you have to do is download the Amazon Appstore Preview app within the Microsoft Store and follow the instructions. Windows establishes a virtual machine of sorts on your PC and downloads the necessary files in the background. Interestingly, formal VMs typically require Windows 11 Pro. In this case, Android apps will run on top of Windows 11 Home, provided you have the necessary hardware to run the operating system.

Is it worth it? Sort of. The limited number of apps (under 60 just before launch, though Microsoft says that they’re launching with about 1,000 apps) means that there’s a lot of clunkers within the current offerings — the type of apps you’d uninstall from a new PC. But apps for United Airlines and The Wall Street Journal also mean that there’s enough there to check out. Google’s own app store isn’t available, either, without some modifications.

If you’re familiar with our original Windows 11 review, you know that we took issue with the redesigned Taskbar and Start menu. You’ll be happy to know that certain things have been fixed…and others haven’t.

As the bulleted list above notes, head-scratching omissions like the removal of the clock from the taskbar on anything but the main display have now been restored. What’s slightly disappointing is that two of the new features — muting the mic and sharing your screen — seem to be exclusive to Microsoft Teams, not any app that uses your mic. In other words, while using Teams, you’ll see a little mic icon appear on your Taskbar. (A mic icon already appears when using an app like Zoom, but clicking it simply takes you to the Windows 11 Settings page and mic permissions). Now, while using Teams, clicking that mic icon will simply mute your mic.

Likewise, the new update also facilitates screen sharing — again within Teams. While in a Teams call, if you hover your mouse over your taskbar, you should see a small thumbnail of the active window as well as a button to share the screen. Clicking it will simply project it for others to see.

Finally, the Weather icon has arrived on the Taskbar. On Windows 10, this is known as “News and Interests.” On Windows 11, the Weather icon is a shortcut to the Widgets menu in the left-hand corner by default. While you’re using another window, the weather icon will simply show a small summary of the weather (sunny, partly cloudy, and so on) and temperature. Hovering over it will open the Widgets drawer, which may be a surprise.

As noted above, Windows Media Player replaces Groove Music, whose utility became questionable when Microsoft killed off the Groove Music Pass five years ago (!) in 2017. Now, Media Player works like you’d expect. Pick a music file, play it, and go on from there. There’s no integration with Spotify and no visualizer, but there is basic functionality for both audio and video playlists.

While the app itself doesn’t list the audio/video formats it supports, it’s at least nicely integrated with your Music, Videos, and Downloads folders, finding my collected audio and video files and presenting them within the app’s context. Supposedly, the apps also pulls content from OneDrive even with a specific music folder added to the music library.

If you’re not a frequent Notepad user, you’ll wonder what’s changed. If you are, you may notice the new Dark Mode and how Notepad adapts to your Light Mode/Dark Mode system settings. Otherwise, the most noteworthy additions are multi-level undo (hurray!) and emojis (okay?).